While Melanie O’Reilly was born on the southside of Dublin, she found a spiritual home in American jazz at an early age. 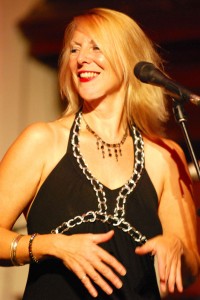 Hailing from a family of artists, Melanie sang and acted on stage as a child. At the age of 11, jazz had already engulfed her thanks to Ella Fitzgerald’s extraordinary voice and the music of Billie Holiday, Sarah Vaughan, Miles Davis and Dizzy Gillespie.

“I remember the moment I first heard Ella Fitzgerald sing ‘It don’t mean a thing if it ain’t got that swing’ with the Duke Ellington Orchestra. I’ve been swinging and scatting and in love with jazz ever since.”

Alongside her immersion in this great American art form, Melanie discovered the beauty of Irish music at the Foxrock Folk Club.

After studying dramatic performance at the Brendan Smith Theatre Academy, Melanie started her professional career as a singer who blended American jazz with Irish traditional music to create Celtic Jazz – her trademark.

“I knew I was witnessing something special. An incredible fusion of two great traditions: Irish Trad music blending with the American art form. Old yet new.”

Melanie has released a number of jazz albums strongly influenced by her Irish heritage including Oileán Draíochta, Dust and Blood and Ceol Ceantair. 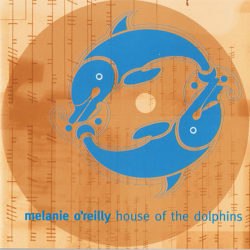 Her album House of the Dolphins was well received by critics and resulted in nominations for Best Contemporary Album and Best Female Artist by Irish Music Magazine.

Over the years, she has worked with a host of stellar musicians. 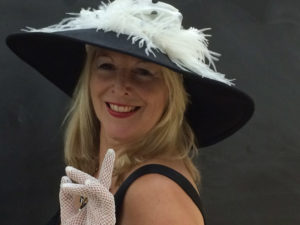 In 2011, Melanie debuted her show Jazz on a Summer’s Day: a Tribute to Anita O’Day. O’Day was a pioneering singer renowned for her vocal virtuosity and colourful private life. It received four-star reviews at the Edinburgh Festival Fringe during its run there, and continues to garner praise wherever she performs it.

Away from the stage, she has also found success in radio.

Melanie’s series Jazz on the Bay, in which she interviewed icons from the world of jazz, was broadcast on RTÉ Radio 1 for six seasons. 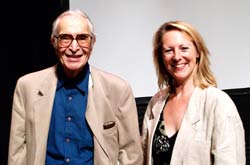 The programme featured conversations with Dave Brubeck, Chick Corea, Clint Eastwood, Nancy Wilson and a host of other stars. Well received during its run, Jazz on the Bay won a PPI/Irish National Radio Award for Music Specialist Programme of the Year.

Melanie continues to perform and also teaches vocal performance. After 14 years in Berkeley, California, she recently returned to Ireland and now divides her time between Europe and California.

This website uses cookies to improve your experience while you navigate through the website. Out of these, the cookies that are categorized as necessary are stored on your browser as they are essential for the working of basic functionalities of the website. We also use third-party cookies that help us analyze and understand how you use this website. These cookies will be stored in your browser only with your consent. You also have the option to opt-out of these cookies. But opting out of some of these cookies may affect your browsing experience.
Necessary Always Enabled
Necessary cookies are absolutely essential for the website to function properly. This category only includes cookies that ensures basic functionalities and security features of the website. These cookies do not store any personal information.
Non-necessary
Any cookies that may not be particularly necessary for the website to function and is used specifically to collect user personal data via analytics, ads, other embedded contents are termed as non-necessary cookies. It is mandatory to procure user consent prior to running these cookies on your website.
SAVE & ACCEPT